What’s my biggest psychological obstacle to making this film?  Let’s dive into my psyche, shall we?

But first, a link:

And you can listen to this episode here!

And here’s the script to this week’s episode!

Hi, this is Joe Dzikiewicz, and welcome to the Storylanes Podcast, the podcast where I tell the story of how I’m making an independent feature film while I’m making it.  Yup, that’s right: I’m hard at work producing SMART HOUSE, an independent horror film.  It’s the story of a cantankerous feminist tech podcaster who is making a podcast about living in a smart-tech home.  But there’s a problem: the house is haunted.  Or so it seems, because all that smart home technology is controlled by a hacker.  It’s as if your worst enemy in the world controlled your Alexa.

But first, a quick update.  And the update is, I haven’t done a whole lot on the film in the last few weeks.  The reasons for which we’ll get into in this episode.

So, what is my biggest challenge in making a movie?  Well, there’s a lot of possible answers to that.  There’s recruiting people onto the team.  There’s creating or finding a good script.  And, of course, there’s raising the money, that’s a big one.

But for me, the biggest challenge is caring enough to make this thing happen.

Yes, caring.  Because here’s the thing about making an independent film.  And it’s pretty much the same thing about creating any new piece of art, whether it be a painting, a novel, or a play.  Or creating anything new, really – entrepreneurs go through the same challenge when starting a new company.

Before anything exists in this world, someone has to care enough to make it exist.  Making something out of nothing is a lot of work, and that’s true whether that something is a movie or an experience or anything, really.  And to get people to do that work, you have to make them care enough to want it to become a reality.

And that’s probably the biggest job of the producer of an independent film.  You have to be the one who cares enough to make it happen.

But if you’re making an independent film based on a brand new script that you wrote yourself?  When you start work, there’s not going to be anyone out there who cares if it exists or not.

I find that to be a challenge.  I think of it as pushing the rock up the hill.  At the start of the project, I’m standing at the bottom of the hill, looking up.  And there’s this great big rock, and to make the project succeed, it has to be at the top of the hill.  But it’s there next to me, and the hill is waiting.  And at the start, I’m the one who has to push it.

I know some people don’t have that same problem.  But for me, I find it easier to initiate creative endeavors if I can convince myself I’m doing it in service of others.

Most of the short films that I’ve made have been for the 48 Hour Film Project.  And in that, a group of people get together who want to have fun making a movie.  By directing the film, I’m enabling that group of people to make a film.  I’m the leader of the endeavor, but it’s leadership as service.

And I’ve been involved in other creative projects where I was not the prime mover.  I’ve been in plays that somebody else initiated.  Or worked in the early stages starting up a company, but it’s been someone else’s company.  I was a key partner, but I wasn’t the person who had to want it enough for it to happen.

And even, the one time I wrote a novel, it was on a subject that was important to people who were important to me.  I thought of their pleasure as I wrote it, how I would entertain them.  How they wanted to hear that particular story told.

But this time, I’m out in front of the pack.  I’m the primary producer, and I have to make it happen.  My desire has to be the moving force to bring this thing into the world.

And that is going to be my biggest challenge in making this film.  Because at this point, if I don’t want it to happen, it won’t happen.  And frankly, nobody else will be all that upset about it.  Nobody is sitting on the edge of their seat waiting to see SMART HOUSE.

So now, let me take a moment to say why I haven’t made much progress over the last month.  Why for all practical purposes, I’ve taken a month off from producing this film.

Over the past few years, I’ve taken a number of improv classes.  I started those classes because I read about all the screenwriters who had done improv and had found it a valuable skill in writing screenplays.  But once I did it, I had a great time – I love being on stage, have done a lot of acting, and improv was a fairly low-energy way to get a chance to play other characters in front of an audience.

About a month and a half ago, one of my former improv teachers reached out to me.  She was the assistant producer of a play at a local community theater.  They were looking for someone to play one of the parts, and she had thought of me.

Now, I had a couple of thoughts about this.  First, I realized that if I took the part, I would be spending a lot of time and energy working on the play.  So much that I probably wouldn’t be making much progress in making the film.

But on the other hand, after the horrible locked-down year we’ve all just lived through, I couldn’t think of anything I’d rather do than be on stage in a ludicrous farce, working with theater people and hearing audiences laugh.  And if you’ve never done theater, let me tell you: theater people are some of the funnest people in the world.  And oh, that feel when an audience laughs at a funny line you just told!

And of course, sitting there in the back of my head was the thought: they want me.  They want me to work hard using my talents to help put on this play.  And while I’d have to work hard, I wouldn’t be the one pushing the rock up the hill.

So I took the part.  And so I haven’t gotten much done on the film since the last episode.  And probably won’t get much done in the next few weeks.

(I will say this: the play is an absolute hoot.  The cast is amazing, the director is terrific, the crew does incredible work.  The play is called “Rumors,” playing at the Little Theatre of Alexandria in Alexandria, Virginia.  You should really come see it.)

But of course, the play only a temporary reprieve.  In a week we open.  Three weeks after that we close.  And then I’m back at the bottom of that hill standing next to that rock, and it’s time to start pushing.  So what will I do to get that rock up the hill?  What will make me want it bad enough?

Well, one important thing is to get other people involved in the project.  Every other person who is involved brings someone else who cares if the film gets made.  Someone to lend a shoulder to push the rock up the hill.

I’ve started reaching out to people, but once the play is over, I’m going to push harder to get more people involved.  That will help.

And what else will I do?  Well, I suppose I’ll try lying to myself.  Now, I don’t mind lying to myself if it’s a lie that motivates me.  I’ve studied a lot of cognitive psychology, and I know the mind works in strange ways.  And sometimes you can be motivated by things that part of your mind knows isn’t true.

I’ll try some of that.  I’ll convince myself that seeing this movie will make a difference to someone, that the characters in the movie want to get their story out to the world.  I’ll try every trick I can think of to psych myself into making a movie.

And I’ll tell people I know that I’m making a movie.  Hell, I’m telling you now, putting it out into the world in this podcast.  I’m going to be awfully embarrassed if I never make this film, so I better get it done.  And that’s one of those little psychological tricks I can play on myself.

Because otherwise, I’ll never make a feature film.  And that is something that I really want to do.

I’m just going to have to work hard enough to remember how much I want it.

And that’s all I’ve got this week.  Sorry there’s not more, but as I noted, it’s a busy week, known in theater circles as Hell Week.  In fact, while I write this I’m sitting in a dressing room waiting to go on.

Meanwhile, check us out at Storylanes.com.  And come back next time to find out if I’ve managed to want this enough to get a little closer to making a film.

Until then, this is Joe Dzikiewicz for the Storylanes Podcast.  Talk at you later!

WHERE TO FIND IT

The Storylanes Podcast tells the story of how Smart House Movie LLC is producing DOMICIDAL, a new feature film.  We talk about all the trials of producing an independent film, with episodes that talk about read-throughs and script feedback and directing and all the other filmmaking things.

But we also dive into movie scripts.  A lot of our episodes look at the great films and their scripts, giving a screenwriter’s view of the world.  Each screenplay episode does a deep-dive analysis of one movie or show, examining how the story is structured and how all the elements come together to create the story, complete with a chart showing all the story’s key beats.

So check out Storylanes.  You just might learn something about the craft of filmmaking! 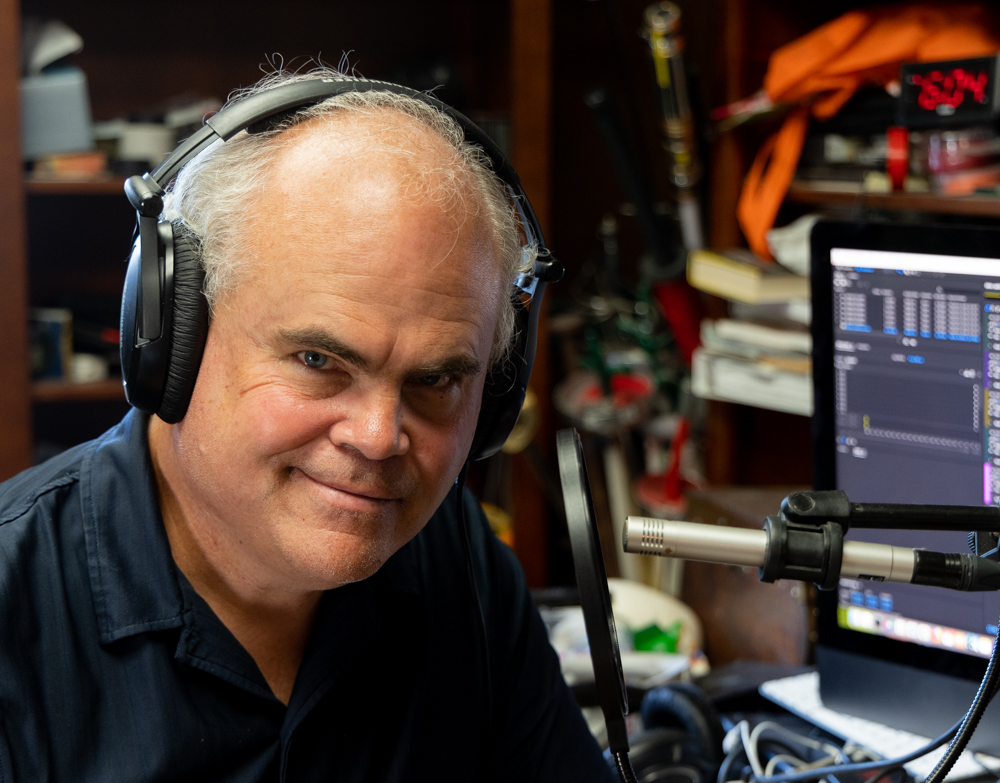